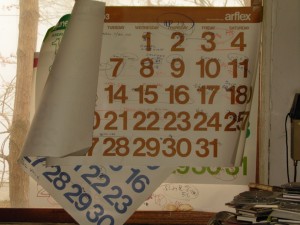 Each year I try to bring together the articles from the previous 12 months on my blog. It’s a little late this year, but for the sake of completeness I really wanted to add to the ongoing collection:

2010’s practically focused ‘what did I ship’ when I was a school teacher.

2011’s depiction of transition from school to academia.

2012’s year of doggedly refining and reconstructing my thinking as I developed as an academic.

2013’s reflections on teaching and learning as I wrote my book and moved on from Plymouth.

2014’s ‘Top 10 articles’ for the year, which was my first year living and working in London at Nesta.

There’s more… I’ve summed up busy years’ in live blogging and most popular posts too over on the ‘yearly review’ category, which makes an interesting retrospective.

This year has undoubtedly been a quieter one on the blog. This is partly because I’ve probably been writing more elsewhere, from reports for Nesta to articles for various magazine and websites. I’m going through a few changes at the moment work wise, with a new job very fast approaching, but one of the things I want to do is get back to sharing more in the next year.

I started the year asking whether the next big innovation in Ed Tech could be a business model, and reflecting on the value of our work, our activity and our time asking ‘What are you worth?‘. I also wrote a long response to the consultation for the Royal College of Teaching. As the year has gone on I’ve stepped back from this cause a little. I still think it’s potentially a great idea, it’s just that I feel a little distance from my time as a teacher now and that it’s probably best to leave it to those currently working as teachers and directly with schools to shape. I hope my response encouraged others to respond and get involved in shaping it though.

This was a busy month, after I got involved with the #28daysofwriting meme started by Tom Barrett. I also kicked it off as a meme on teacher blogging community Staffrm. I really enjoyed the process, but I’m going to stick my neck out and say that it was too intense. As such, it’s didn’t develop a habit, more promoted exhaustion. I stopped scraping the barrel towards the end and didn’t make the 28 days. However, some great stuff was published as part of the initiative, I might just do it a little less frequently next year.

My posts from #28days of writing are here, including thoughts on failing, how and what we measure, good writing, effective reading and more.

This month saw the publication of my ‘Young Digital Makers’ report for Nesta. I also wrote a number of articles around this on digital making for young people. I’ve been traveling all over the place (including New York and Stockholm) to talk to people about digital making in the UK since. As I’ve had these conversations many more thoughts have come together which I’ll be blogging soon. With my new job starting soon there will be a lot more written here about digital making and creativity.

A quiet month for my writing, punctuated only by a charming connection with the school I used to teach triggering some musings on the pace at which Design Technology could be moving in schools.

Another quite one, with just a single post on some people who influence my thinking on Twitter. I must have been tired from all the writing on digital making back in Feb/March.

June started with some reflections and write ups on the ResearchEd event on the place of research in primary schools. Then, I started my newsletter ‘Quinlearning’, which I am happy to say is still going strong.

An article I wrote for King’s College London and Ark schools was published. In it I considered the state of digital technology in schools and the question of where it may go next. This was a good chance to bring together a lot of thinking I’d been doing over the previous year in long-form. Although I’m sure I’d develop it further now, I still think it’s a good overview of my position.

Doug Belshaw inspired me to think about the idea of retrospectives compared to planning, in an article I still keep considering: ‘Telling it forwards‘.

Some work I’d been doing for Nesta on one to one intervention programs sparked some thoughts on the nature of tutoring, coaching and mentoring. My talks on digital making also came together into a keynote that I videoed on ‘Digital Making and the Digesting Duck‘. I spent quite some time putting this together and think it stands up as one of my best talks.

‘Islands of Excellence’ is a phrase often used in relation to UK schools. I considered how this applied in the area of digital technology. I also reflected on 10 weeks of writing my newsletter (approaching 30 now…). I’d stick by this, it’s been a great way of writing differently to how I blog, and has started some great connections.

I wrote two posts in the aftermath of the OECD computers in schools report on why they are an important resource and how they could be used to have a greater impact.

I guest presented the Today in Digital Education podcast not once, but twice as presenters Dai and Doug were both away. I really enjoyed it and would love to do more podcasting. I’ve got to the stage though where I am only going to take on projects (and fit them in!) if I think I’ve got a really good, unique value to give, and I’ve not quite sussed that for podcasts yet. Probably best for my diary this way for now…

I decided to move on from my job at Nesta, and wrote some reflections on the two years I’ve spent there.

The Flipped Learning research project I’d been working on with colleagues at NFER was published, and I wrote up some analysis of a national survey we ran on how schools buy digital technology.

I’m fascinated by the complex and contested discourse we have about digital technology and learning. Part of the reason I didn’t write so much towards the end of the year was because I was working on a lot of things around this area at Nesta, and I published my thoughts on this issue here.

Despite it being a quieter year than those previous, there’s quite a lot of material there. It’s been interesting to look back and I know there is plenty more where that came from in the next 12 months…