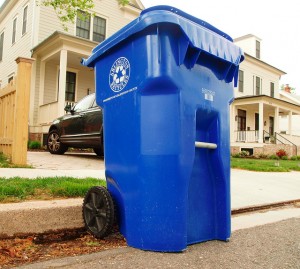 Back in 2009 Doug Belshaw wrote a post that really resonated with me. Not long in his role as ‘Director of e-learning’ at a large academy, he wrote about how he was aiming to ‘make himself redundant’. I always thought his aim was brave, and his reasons laudable. It struck me that if more of us concentrated more energy on this and less on making ourselves irreplaceable then a lot more might get done, and more sustainably at that.

Eighteen months ago my colleague Pete Yeomans organised a Plymouth TeachMeet and encouraged students to present. Twelve months ago we gave a little support to a group of students to organise what became a sell out of a TeachMeet… This month there is an SEN focused TeachMeet happening at the University.. none of the staff have had anything to do with it. We don’t need to, it is just part of the culture now.

I noticed today that David Mitchell is organising another in his excellent series of Bolton based TeachMeet events. We have previously organised a get together to watch the live streams of these events and participate by twitter, and even through Skype presentations. I thought I would suggest the same so I posted the link to the ‘Plymouth Education Society‘ Facebook page.

The reply… a simple URL. Behind the hyperlink was the message; ‘we’re on it – before you even thought of it…‘. Redundancy is a really useful concept for machines… maybe it is equally valid for people.

They don’t need me for this, perhaps I am also on a path to making myself redundant for these students. Not before I throw a few more things their way for them to take and make their own… but the time will come.

3 thoughts on “Making myself redundant”