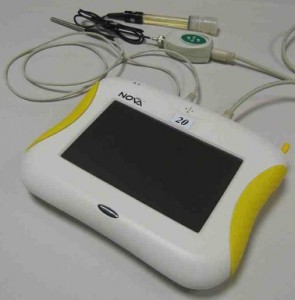 “Why did you become a teacher?” Often the answer is to help people, but is it possible to help too much?

Dan Meyer has spoken persuasively about the problems of being too helpful in Mathematics. He argues that by giving too many instructions, and imposing too much structure we prevent young people from developing the skills to be patient problem solvers, neglecting the process in return for ‘right answers’ that bear little relation to the real world anyway. It’s true for Maths, and for many other areas of learning.

In a recent seminar a group of my first year students were set the task of using data loggers with electronic sensors to determine the best colour of cellophane to use for sun glasses. A straightforward task, but the catch was I didn’t tell them where the light sensors were on the data loggers, or how to use them. I was trying to make a point about problem solving, and for one group this point really hit home.

They immediately set up the temperature probe and wrapped the cellophane around it, which not surprisingly gave no change in the reading on the device. They came to me and asked if it was broken, I replied with a question, “how could you find out?”.

They were convinced it was broken, but if I told them it was not then what would they learn? That if something doesn’t work you come to me. You ask the expert. The expert isn’t going to be there when they are in school. I questioned them, and they decided to try a different data logger to see if that made a difference, which it didn’t. Eventually they resorted to prodding and poking the device playfully, and at that point they realised that the temperature sensor reacted to the heat of their hands, and another part of the device reacted to the presence of light.

Their first reaction was of slight embarrassment, and then of surprise as they realised I had known all along the mistake they were making and had spent ten minutes asking them questions when I could have told them in seconds how to do it ‘right’. It is so difficult not to intervene when you see someone making what to you seems like such a ‘silly’ mistake, but being too helpful robs them of the opportunity to problem solve their way out of that mistake, and develop strategies to be self reliant.

3 thoughts on “Being less helpful”