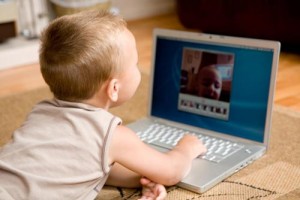 Independence, problem solving, self starting; all qualities many would assert to be vital to today’s learners. I have seen that using new technologies for learning can support these skills, but I wonder how much of this is the technologies themselves, and how much is the attitudes we as adults model towards pupil’s use of them.

This morning children in my class were subjected to two opportunities for problem solving, and responded to each in very different ways. The first was during a Maths lesson, where we had been looking at an expanded method for subtracting two digit numbers. We discussed the method as a class, but when one group came to practice using some problems from a text book they got stuck. The reason for this was that the authors of the book had set their example out in a slightly different way than I had showed them I would do it. Their response? Largely to get ‘stuck’, as a few similarly ‘stuck’ friends, and then give up and ask me.

Later on we were looking at spreadsheets and, due to an error on my part, the instructions for the example spreadsheets I had given them had disappeared, leaving only a blank box and a sparsely populated table. Bearing in mind that the only experience most of these eight years old had of spreadsheets was a five minute introduction from myself, I would not have been surprised if I once again found them ‘stuck.

However, I was surprised, because there were no complaints, they all got on with it under the assumption that working out the nature of the task was part of the exercise. What is more, many of them successfully completed it.

This got me thinking about the pupil’s approach to problem solving in different contexts, and wondering why one context phased them so much, whilst in another they approached it confidently. It comes as no surprise that the technological context was the one in which their problem solving flourished, but I wonder why this is.

It would be easy to fall for the trap of holding this up as a shining example of technology facilitating independent problem solving, but I am not sure that is the case. Instead, I wonder if it is more about the expectations and models that we have provided for them when working in these different contexts. On reflection, I wonder if I am far quicker to support when children are ‘stuck’ on a text book based challenge than when they are using the computer. I know for sure that I often give children with technical problems with computers a quick hint and then send them off to try to surmount it themselves. I wonder whether in the context of more ‘traditional work’ I am quicker to provide them with direct coaching, rather then giving them a hint and then some space to try to solve it themselves.

It is easy to assert that technology supports certain skills and attitudes which more ‘analogue’ methods of learning do not. However, the attitudes that we as adults display towards the different contexts in which learning takes place could be equally powerful. Worth thinking about; would a conscious effort to adopt the same approach to all cases of getting ‘stuck’ that I do to technical problems foster more independent problem solving in my class? Should I decide to ‘be less helpful‘?

4 thoughts on “Technology in problem solving: tools or models?”