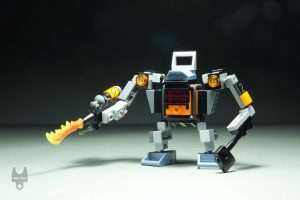 As self driving cars and blockchain based smart contracts become a reality, what is the impact of artificial intelligence on our working lives?

Oxford academics Frey and Osborne set out to quantify this complex situation in a seminal paper ‘The Future of Employment’. Historically they found that although there has often been concern from workers about the impact of technology, across the labour market as a whole people have adapted. In the 19th century, mechanisation led to deskilling as the tasks of artisans were moved to factories. However, the increased productivity brought the development of new jobs and workers adapted to the new skills required. In the 20th century many manufacturing jobs were automated by increasingly capable technology, but the boom in cognitive work involving information created new opportunities for workers. People have been very good at adapting, learning new skills, and finding new opportunities.

The past alone can’t tell us the future though, so Fey and Osborne studied the latest developments in artificial intelligence, machine learning and mobile robotics to find out what new technology is suited to. They categorised jobs on a scale of manual (physical tasks) to cognitive (thinking tasks), and routine to non-routine. In the past it’s routine manual jobs that have been automated, and new opportunities have been created in non routine manual and cognitive tasks.

New technologies are moving in surprising directions though. Increasingly clever sensors and nimble robotics coupled with artificial intelligence are moving into non routine manual tasks in manufacturing. Routine cognitive tasks such as searching documents and assessing fraud are already being automated, with even surprisingly complex tasks such as the work of junior solicitors already being replaced by computation.

The researchers then used this understanding of technological capabilities and types of task to assess which of today’s jobs are most susceptible to being replaced by automation.

How many jobs are at risk from these new technologies? The answer, in the US at least, is quite a shock. 47% of jobs were classified as being at risk, including most of the transport industry, office and administration roles, and the majority of manufacturing and production roles.

The next question is what won’t be automated? The bottlenecks for technological development they identify are sensing, manipulation, creative intelligence and social intelligence. In the UK, think tank Nesta have been making the case for the importance of creativity in education to prepare young people for the future this paper depicts.

It’s not yet clear what the full implications of this work are for educators, but it is clear the future holds huge implications for the young people they work with. Sticking to the tried and tested is unlikely to be the safe bet it used to be, something very clear from the challenges to junior positions in the traditionally high status legal profession. As automation continues to expand into the non routine tasks in the job market, we face a huge test of our creativity as individuals and as a society to make sure we can cope with the changes that are coming.

‘The Future of Employment: How susceptible are jobs to computerisation?’ by Fray and Osborne is available here.

1 thought on “Will a computer take your job?”