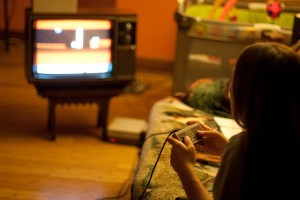 I used to teach on an undergraduate education course, a BEd where most of the students aimed to become primary teachers. It had been a four year course, as it was a full degree as well as having significant time in school. When I was there it changed to a three year course, provoking some discussion amongst the staff.

You see everyone liked teaching fourth years. That is not to say they didn’t enjoy teaching other year groups. Granted, first years could be a little hard work to motivate, particularly around freshers week, re-freshers week, any night linked to the hundreds of societies or anybody’s birthday.

Fourth years were just a little different. They were more focused, they read more, but more importantly they enthused more. They were happier to get their ideas into discussions and to consider the complicated implications of anything in education. They were just at a different level than the other year groups. This is no comment on individuals of course. There were many in year one who individually showed such characteristics. As whole groups they were just noticeably different.

Now that was fine, because everyone would get there at some point. They would all have the experience of being a fourth year, until we made the course three years long and they didn’t.

What we didn’t realise is that it largely wasn’t about the specific factors of being in the fourth year. For most of them it wasn’t because they were a year older. It wasn’t that they had had more time studying. It wasn’t that they saw their friends from other courses getting jobs and so knuckled down. Certainly these were factors for some individuals, but not universally.

We discussed all the surface features without realising it wasn’t about being in the fourth year at all. It was about being in the *final* year. It was about knowing that you were almost there. I’d be willing to bet that now those on the three year path have reached year three, the staff feel exactly the same about them as they did the fourth years.

So often with our students, and ourselves, we can find all sorts of specific reasons for why we approach things in a certain way. Often it is actually down to the mindset. As you can see above, the context sets this up, but tweaking the context can have strong effects. Tweaking the expectations can too, whether they are those you hold of students or those you hold of yourself.