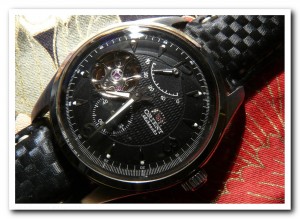 When I taught undergraduates there was someone in my tutor group who was late for everything. Not quite everything, there were never any problems when on teaching practice, they could be on time when it mattered most.

Amongst my friends I am know to be similar. One of my closest friends once revealed to me that he always told me a time to meet 15 minutes before he actually wanted to to take account of this. I’m the same, when I have to be somewhere I will always be punctual, but when I know people will forgive me I always try to squeeze in that one extra thing to do before I leave the house. Whatever I am doing I always have to do that one bit more, which inevitably leads to having less time to get to the next thing.

My tutee once expressed the same thing, and reframed punctuality for me. While lateness is so often seen as synonymous with laziness, could it not also be a sign of ambition?

It feels good to get to the route of something like that, we both knew we weren’t lazy really. For a while this re framing even made me excuse it, justify it even. It’s good to get more done.

The trouble is it doesn’t work like that. Being over ambitious might make you feel virtuous, but it is always better to get the ambition just right.

I was reminded of this a couple of weeks ago when running an internal seminar at work. Lots of people had thrown in ideas for things to include, and I’d gone with all of them. The problem was there just wasn’t enough time. Instead of giving the clear and cogent overview I wanted people to get, they got guest speakers forced to rush because I hadn’t allowed enough time. I’m pretty sure the rush and information overload will be the lasting takeaway for most people.

There is always pressure to fit in more, whether coming from others or imposed on ourselves. The real ambition is being ruthless, keeping things to time, and having the effect you intended.

That’s much harder than just being on time. However, being on time and keeping to time, I have decided, is a start.