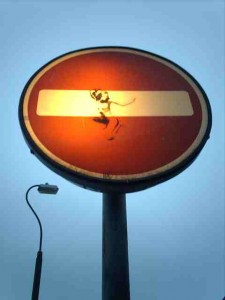 Say eSafety and what do you think?

During at session at Microsoft’s Partners in Learning event yesterday I had an interesting discussion with Eylan Ezekiel as part of a session on eSafety. So often I think we think about eSafety in terms of content; what inappropriate content might young people be exposed to (or seek out), how can we block this content, or educate them to avoid it.

Eylan framed it differently, as he described, schools are safe spaces that we create for children to learn from experiences away from the rest of the world. This can lead to a lack of relevance to some of the learning, but in terms of social development schools represent a place where young people can experiment and take risks without the repercussions that they may come across by experimenting in the public sphere.

Would you be happy for your teenage self to represent you today?

I am part of one of the first generations to have grown up with online culture. When I was 17 a friend of mine started a blogging site which became a nascent social network as we moved away to universities across the country. The site was intended to be a place to share ‘serious’ writing and poetry, what it became was an online space where we mediated the increasingly complex relationships of a friendship group transitioning into adulthood. This came complete with vitriolic debates as we watched various romantic relationships meet a rocky end, and expressed what we thought were fully formed values that were actually developing through the sometimes violent testing of them against those of others. With the teenage confidence in the truth of even ill informed assertions we made, and the seeming anonymity of the internet back in 2002, many of us posted under our full, real names.

Such testing is a part of growing up, it has happened forever. A significant part of it for me happened online, and the problem is that there it persisted for anyone with enough of an interest to find. Don’t worry, you won’t find it now, I am internet literate enough to have made sure it now only lives on my own hard drive, most young people are not.

In many ways I am all for the relevance that young people get by sharing their learning online and participating in the wider world. However, Eylan made me think deeply about the age appropriateness of social spaces online. Is it a case of educating young people on how to manage the potential permanence of the internet, and take control of it as I have done? Is there an element of ‘age appropriateness’ to the spaces themselves?

In the ‘real’ world young people are not allowed in bars and pubs. I wonder if this is about the content, in case they hear some bad language, or about the more complex nature of social interactions that happen in these spaces? What about other spaces that we protect them from? Perhaps we need to be thinking less about inappropriate content, and more about experience and development as we consider the age appropriateness of participation in online spaces.

1 thought on “Content or spaces- The real eSafety problem?”