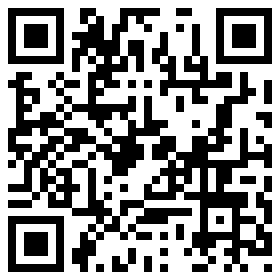 As a teacher of any age, presented with a new group for the first time, finding out where they are at is usually the first concern. You could ask them, but what if they are at the at the stage that many new trainee teachers find themselves in, where they don’t actually know what they don’t know?

At this stage lots of questions can result in lots of blank looks, and inevitably creating the feeling that they cannot answer anything and are totally lost. This is certainly not the most helpful situation for creating an atmosphere of confident learners, so instead of lots of elicitation my college Peter Yeomans and I  threw our BEd ICT group in at the deep end and spent a day watching them swim.

The morning began with an invitation to start researching ICT tools, and pick some which they knew nothing about, but thought could be useful. This research was to be presented as a Pecha Kucha presentation in a tight timescale, although we left it to them to find out what that actually was. The way different groups approached this was very interesting, with one group immediately moving away from the computers to plan through conversation and notes, whilst the other found out what Pecha Kucha was and then crowded round one computer and immediately began assembling a PowerPoint.

Even more interesting were the actual presentations. All of the group had achieved something by researching things they knew nothing about, learning about them and presenting them back, as well as learning from the presentations of others. However, the kinds of software and tools they chose to present as interesting told us volumes about their thinking in terms of ICT. Both presentations contained software packages for specific teaching of IT skills such as touch typing, themed software for particular subject areas, and other computer centric resources. The end result was that the group had broadened their knowledge about the kinds of tools available to schools, and we had gained valuable insight into their thinking in terms of what ICT in schools looked like.

The afternoon saw us go a bit deeper, as we challenged the students to create a QR code based resource for ‘British Art Show 7’, an exhibition happening in venues across Plymouth. Most had little experience of QR codes, but they quickly figured them out with their phones, and set off to the exhibits. When the tight deadline arrived, they presented a variety of work which again gave us great insights into the attitudes to both ICT and learning activities. Some produced comprehensive ‘treasure hunts’ where children used QR codes to gain clues as to which exhibit to search for next, some provided further information about artists behind the codes, and some produced resources adults could use to ask children appropriate questions. I was impressed with the work they produced, and the fact that they had jumped from looking at largely PC based software in the morning, to mobile technology in the afternoon showed a group really ready to embrace a challenge.

The kinds of questions they were framing for children showed us a lot about their current understanding of learning, and the fact that they found it a challenge to put together the work they had produced collaboratively and send it to use showed that they are not yet thinking on the web. This surprised me as I would have expected a group consisting of many who have spent their teenage years on Facebook to be accustomed to collaborating and sharing online. However, once we had dropped a few ideas in about possible web based tools they quickly discussed ways in which they could use these to solve some of the challenges they were encountering.

Dropping the students in at the deep end and observing what happened has let us see where they are at in a very new area of learning, whilst still enabling them to achieve something and show what they can do. They also achieved some great work along the way in the form of a resource that could actually be used by children to extend the learning at the exhibition. Some of them chose to share their work online, which you can find here.

We may have revealed what the students don’t yet know, but they revealed an impressive ability to rise to a challenge. There is lots more learning to do, for them and for us, but I am excited to see what this group can do next.

2 thoughts on “In at the deep end”