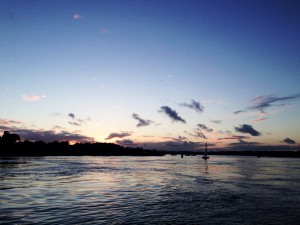 At the end of December I’ll be leaving Nesta after two years focusing on the impact of digital technology on learning, and research in education. It’s been great fun, two years have flown by, and in the move to London I’ve met so many interesting and energetic people making a difference. Now I’m looking forward to new projects and challenges.

Unsurprisingly given the field I work in, I’ve always been driven by learning. I’ve learned a lot since moving up from Plymouth at the start of 2014.

I’ve worked with schools across the country to implement some innovative uses of technology for learning, learning about how to work through the practical and cultural challenges this can bring.

I’ve learned about running large scale research. From qualitative case study projects, to national surveying and mapping, to managing a large random control trial, it’s given me a lot of thinking to do on the nature of research and how we use it in education.

I’ve learned a from the work of technology companies and startups, from financing and investments to figuring out clear goals and tracking the impact they are having on them.

I’ve also learned so much from colleagues at Nesta on influencing national policy, working with diverse partner organisations, and the vast field of complex and fascinating areas they research and work in. I’d like to say thanks to everyone I’ve worked with at Nesta for a really stimulating couple of years. There are so many smart and generous people there who have such a passion about improving people’s lives through innovation.

I think the biggest thing that will remain in my thinking from my time at Nesta is the focus on understanding impact. How we value what’s valuable, and understand it well enough to preserve and replicate it, or to improve and grow it depending on the context.

Now it’s time for me to learn something new, and to move on to the next thing. So I’ll be leaving Nesta at the end of 2015.

I’m proud of some real successes in the last two years. I’ve managed research projects with almost 100 schools, with opportunities to learn with new technologies impacting on hundreds if teachers and thousands of children and young people. We’ve found some really useful and interesting insights on how technology can impact on learning, some which is out there, more of which is still to be published. This hasn’t been alone, it’s been a privilege working with colleagues at Ai Media, The University of Melbourne, NatCen, Third Space Learning, York Trials Unit, NFER,  the EEF and schools across the UK to make these projects a reality.

The ‘Young Digital Makers’ state of the nation report I managed and wrote was a rollercoaster of getting to balanced analysis and findings in a super tight deadline (what research isn’t like this these days?). Working with some great colleagues from BOP Consulting we managed to produce something that has spurred much discussion and, more importantly, action too. I’m proud of the number of people who tell me they’ve used the findings to shape their thinking and plan their next steps, from national bodies to smaller organisations co-ordinating volunteers.

Less tangible perhaps, but just as important are the many events, discussions and groups I’ve been able to contribute to moving forward the agenda on digital skills, learning about and with digital technology. These tools are having such an impact on our lives and our societies, and it’s been great to be able to develop the thinking around why this matters and what we should be doing about it.

There are many things that will be ongoing at Nesta. I’m sure I’ll stay connected to them as I move into my next phase, and there are some great colleagues continuing to work on them.

I’ve got six weeks left, and in that time I’m hoping to share more of what I’ve learned, especially those bits that I’ve had to hold on to while they were ‘live’ research projects. I’ll also be carrying on with supporting the projects still underway, as well as setting up some new things to be taken over by new members of the team.

Right now in my own time, I’m taking stock and working out what that next phase is going to look like. I’m interested in taking on new and exciting projects in the areas of digital, learning and education, if that’s your interest too then do get in touch.

It’s always a mix of sadness and excitement when leaving something behind and heading on to something new, but I’m looking forward to the next challenge. More on what next soon…

1 thought on “On leaving Nesta”