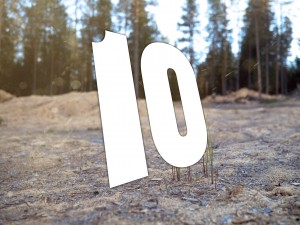 This Sunday Quinlearning 11 comes out. Due to an earlier mistake with my numbering, it’s actually the tenth week I’ve written a newsletter ;). It’s built up 215 subscribers, lots of (hopefully interesting) content, and some good lessons for me.

I started the newsletter as I’d been enjoying Doug Belshaw‘s ‘Things I learned this week‘ for years. When he stopped producing it some time ago I lobbied him to bring it back. Each week Doug shares various links to articles of interest he’s discovered on social media.

Originally I was planning to do much the same. When putting together the first newsletter using MailChimp I had to make some decisions about how I would present things, and opted to make it fairly visual. Having added photos to the links I started writing some brief comments as to what they were, which soon expanded into more of a commentary on why I had decided to include them.

The first edition ended up rather long. I wasn’t sure if I’d be able to sustain it, but I found I’d quite enjoyed commenting on the articles, so made an effort to continue to do so. It’s slimmed down a bit now, as I asked readers and lots of them said the length put them off a bit. I’ve found the same with the excellent ‘Brainpickings‘ newsletter myself. I find it fascinating, but once I’ve scrolled about a quarter of the way through I realise how long it is, which puts me off opening future emails sometimes unless I’ve got a good chunk of time put aside (often never).

So I slimmed it down, but mostly by including less articles rather than writing less about them.

I copied Doug’s ‘Tweet of the Week’ and ‘Quote of the Week’ sections as I liked them, but I wanted a few more regular items to make it more magazine like. Over the ten weeks I’ve toyed with an events section, but it wasn’t broad enough appeal to readers and didn’t have enough regular content – it may return in September. I’ve also included a regular book review, and a ‘widget of the week’ sharing gadgets, software and other things I’d recommend.

When I started some people asked me if I was doing it to try to make money. Why create another output of content outside of my blog if it wasn’t to generate income? Actually it isn’t, I’ve found the most valuable part of it is having a different space to write. It’s somewhere to revisit interesting stories and article and develop the initial thoughts I have on them when reading them quickly on a mobile as I often do. It’s also nice to have an outlet for different types of writing, and I’m generally more spontaneous and light hearted with the newsletter writing than I am with the articles I write on this blog.

However, it does have some affiliate links to Amazon and Apple App Store products. This means if someone clicks on a link and buys something then I get paid a small percentage. It doesn’t make the items cost more, the retailers sacrifice some of their profit to me. This is certainly not an incentive for doing the whole thing (I think I’ve made about £12 in the ten weeks), but it was mostly something I thought worth experimenting with.

I’ve found writing a weekly newsletter a great thing to do. It’s given me another outlet for my writing, a different audience to talk to, and has started lots of interesting conversations with people about my opinions on things I’ve shared.

If you’re interested, you can sign up over at newsletter.quinlearn.com, and you’ll get the newsletter every Sunday morning to your inbox. It’s pretty straightforward to set up your own with a service like Mail Chimp, so why not pull together your own thoughts on what you read and share them with others.