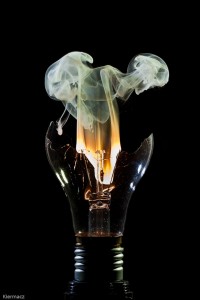 Everywhere I look, well at least on my social media networks, I see inspiration. This TED talk, this blog post on a web based tool to use in the classroom, this forthcoming TeachMeet, conference or other event that hasn’t quite happened yet; the main and most important attribute seems to be that they are professed to be inspiring.

I have to admit I’ve been thinking for a while that we might need to aim for a bit more than inspiration to get meaningful things happening. I’m doing some research at the moment into how we have been trying to develop a blogging culture amongst students at Plymouth University. This has been very much based on ‘not requiring but inspiring’ students to blog and share their ideas. One of the things I have noticed is the frequency of posts and how it spikes and drops off. There are some very definite peaks when a lecturer was driving the whole thing by trying to inspire people, and some very definite (and quick) drop offs when that person stepped back. It seems that a few nuggets of inspiration are not enough, things happen when someone is driving them.

Being inspired by something feels good; it makes you feel energised, like you have learned something and you are capable of more, of taking the next step and moving on. The trouble is that the effect of being inspired seems to drop off quite quickly, and wears off in a way that is unrelated to any action we may or may not have taken as a result of that initial inspiration. Back we go to twitter or TED.com for another quick hit of inspiration, another dose to make us feel that we can really be as powerful as we thought we were when riding that inspiration peak. The danger is that with such vast amounts of inspiring material only a click (or a touch) away that we get hooked on the inspiration high without ever actually getting on with making the difference it makes us feel like we can.

Inspiration is a tricky fellow as well. Academic Nate Kornell recently conducted some research that showed that when content on University courses was delivered by a charismatic presenter with the affectations of many so-called ‘inspiring speakers’, the students felt they had learnt more than with a less engaging teacher even though they had not. Another study by a number of psychologists found that the slick and ‘inspiring’ presentation style of TED talks played havoc with people’s perceptions of what they had learned, making them over-estimate the effectiveness of their learning as compared to those experiencing a talk by someone who had noticeably paid less attention to the style of the delivery.

In some cases, it seems, a dose of inspiration does wonders for speakers’ feedback forms, but actually deceives the learners. Just think about that… by billing that speaker or talk you went to as ‘inspiring’ you might inadvertently be branding them as an artist of deception…

Ultimately, inspiration is a feeling. It feels good to be revved up and feel like you have the knowledge, ability and confidence to get out and do something, but on its own this is all it does; make us feel good. Learning through online networks such as twitter and blogs has gained significant momentum over the last few years, but like so many things that are strongly compelling there is a danger of getting hooked on the rush of discovery and not actually moving to the action that you felt so inspired to carry out. In many ways it might be more beneficial for that talk, that conference, or that blog post to concentrate on how to do things rather than on creating the feeling that they must be done. Without directions it is all to easy to swipe on to the next dose of inspiration and concentrate on the feeling rather than the doing.

In the spirit of that, what are we to do about all this? My solution is actually to try to cut down on my diet of inspiration. I’m going to stop seeking its cosy glow, and having assimilated more than my share of ‘inspiring’ ideas recently at conferences and online I am setting myself some key actions I need to carry out and objectives I need to achieve. Whenever I find myself feeling like I am inspired I am going to stop for a moment and ask myself; what are the actions here? Is there anything I can really do with this, or is it giving me that false sense of what I might have learned? If there are actions, great, time to get on with them. If there are not then it is just another dose of the intangible glow of inspiration, a glow that isn’t going to make anything happen.

The rosy feeling I am going to aim for from now on is achievement, not inspiration.