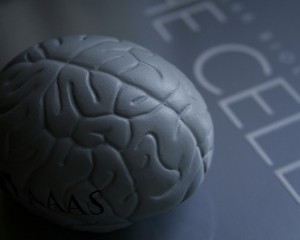 What makes great teachers is great thinking. In this series of posts I am sharing some models for thinking; models which codify the thinking that great teachers use, so that we might scale great practice.

A new term for me brings a new batch of students to work with on core ICT skills. At Plymouth University we do a lot with our students on integrating technology across the curriculum, using it to support learning in other subjects, and as alternatives to writing for expressing and documenting learning. Technology is a tool, and this kind of use is important, but some articles I read this week reminded me of the dangers.

It sometimes seems like everyone is talking about project based learning, but last week’s #ukedchat twitter discussion on ‘handing over the reins‘ made it very clear to me that this can be a slippery term, with a heated discussion with opposing parties seemingly basing their argument on very different assumptions of what project based learning actually is. Those for PBL shared powerful examples of children taking control of their learning and achieving big things.

Those opposing gave examples similar to those documented on the ‘Wasting time in school’ blog; projects which involve intense activity that seemingly has nothing to do with the desired learning, the very definition of ‘busy-work’. A similar post on the ‘The Curriculum Centre’ led me to the work of cognitive psychologist Dan Willingham, who I think nails the problem with these examples, and a real and present danger when looking at potentially complex projects integrating technology into other subjects.

‘A teacher once told me that for a fourth grade unit on the Underground Railroad he had his students bake biscuits, because this was a staple food for runaway slaves.’ (53)

‘his students probably thought for about forty seconds about the relationship of biscuits to the Underground Railroad, and for forty minutes about measuring flour, mixing shortening and so on.’ (53)

‘Whatever students think about is what they will remember…memory is the residue of thought.’ (54) Willingham, via The Curriculum Centre.

So, asking children to communicate their learning about a Mathematical process could make them think deeply about that process, but if this is the first podcast they have ever made it is likely most of what they think about will be the technological and organisational processes around making the podcast.

It could be argued that the act of representing the process in this alternative way encourages them to refine their understanding of it, but realistically this is only going to happen if they have a reasonable level of competence with the medium in which they are communicating it. Look at the early writing of young children, then go and talk to them. Does their writing really communicate their understanding? Of course not, verbally eloquent five year olds do not usually do this eloquence justice in their writing; they are too consumed with learning the technical processes involved in getting the words onto paper.

The argument I would take from this is not that we should avoid using technology in other subjects, but that we should make sure that children have the opportunity to learn the medium in which they are communicating rather than making it a one off project to add some novelty to their day.

If such technological communication is going to have impact on learning in other areas it needs to be used regularly and mastered. If they are going to support learning in other subjects they need to become transparent so that what children think about is the content and skills of that subject, and not the process of using the technology. ‘

Whatever students think about is what they will remember…memory is the residue of thought.’

More in the ‘Models for thinking’ series here.

The Curriculum Blog (2012), Activities, Projects and the American Educator.

#UKCHAT (2012), Session 132 – Handing over the reins… How do you implement pupil led learning in the classroom? Wasting Time in School: True stories about timewasting activities in schools

Willingham, D.T. (2009) Why Don’t Students Like School? Because the Mind Is  Not Designed for Thinking, in American Educator, Spring 2009.

Willingham, D.T. (2010) Why Don’t Students Like School?: A Cognitive Scientist Answers Questions About How the Mind Works and What It Means for the Classroom.

2 thoughts on “Models for thinking: Memory is the residue of thought”