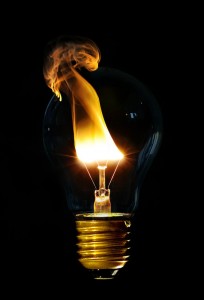 In conversations I have people from all sorts of backgrounds creativity is often linked to inspiration; that magic moment when an idea just seems to come from nowhere. This leaves me wondering whether something can really come from nowhere.. and why it might be that some people seem to be so much better at finding this nowhere and extracting new insights or ideas from it. So what is creativity..?

The best answer I have found so far comes from a book published in 1940 on the business of advertising. Therein, James Webb Young writes of the techniques he uses for producing ‘ideas’.

Far from being the preserve of a gifted few, Webb Young describes a notion of creativity which anyone could adopt which is defined less by inspiration and more by graft. To him, in order to be able to come up with new ideas, one must be well versed in the old ones and, as such, must become well versed in the widest possible range of things.

Webb Young’s entire (short) book is well worth a read, but he summarises the process of coming up with ideas as such:

“First, the gathering of raw materials – both the materials of your immediate problem and the materials which come from a constant enrichment of your store of general knowledge.

Second, the working over of these materials in your mind.

Third, the incubating stage, where you let something beside the conscious mind do the work of synthesis.

Fourth, the actual birth of the Idea – the ‘Eureka! I have it!’ stage.

And fifth, the final shaping and development of the idea to practical usefulness.”

What struck me most about his process was the emphasis on the collection and research of a wide variety of existing notions; the concept that being really creative requires a lot of background work, not simply a lot of waiting for inspiration to appear. Webb Young goes into much detail about the first and second phases of his process, urging would be creatives to read widely, to learn large amounts of factual information, and to keep this information at hand with a large collection of index cards (one of the very few passages in which the book shows it’s age).

There is an awful lot of work before stage three; the archetypal musing phase which I feel educators often associate with creativity. His insight to me is that whilst a person’s general knowledge and experience might allow them to combine a few old ideas into a few new ones, to be reliably creative involves working very hard at finding out about what is already there. Only then do you have the mental resources to reliably come up with ideas in an ongoing fashion.