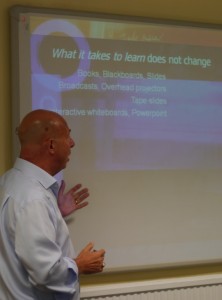 Last week Bob Harrison was rushing to Manchester station to catch a train when he came across a desperate woman searching for her car keys. Despite running late he helped her, but the keys were nowhere to be found. He asked her if she was sure if that was where she dropped them. She replied that it was not.

“So why are we looking here?”, he said. Her reply; “because this is where the light is”.

Bob shared report after report about technology enhanced learning, new technologies in schools and infrastructures for 21st century learning, many of which cost millions of pounds to produce.

To him, this where the light is. Where are the keys? 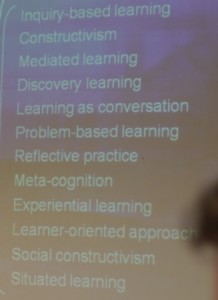 “What it takes to learn does not change.” We need to be looking for the keys, not just looking where the light is.