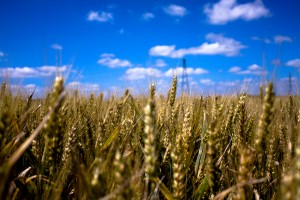 Do we need to ‘re-brand’ the subject of ICT? This was one of the key questions considered at the panel debate at #ReThinkingICT this week. Michael Gove’s BETT speech has certainly reinforced some negative connotations around the term ‘ICT’, but we found ourselves in a rich and deep debate about definitions and whether it should be replaced. Computer Science, cross curricular ICT, programming and Digital Literacy; all these terms are being thrown around, yet many of them are contentious, and mean different things to different people. One of the conclusions we drew is we need to continue to work on the definition of the terms we are using.

It could be, and was, argued that this is ‘just semantics’, that we can debate the meanings of terms until the cows come home and what we need to concentrate on is what experiences children actually have. I can see some merit in this, but fundamentally I have to disagree. As the philosopher A.C. Grayling said in a talk I saw last week; “clarity of language is clarity of thought“.

It matters that we are talking about the same things. I once sat in staff meeting where everyone was singing the praises of ‘working walls’ and emphasising that all the teachers in our school should be using them. When I actually questioned them, the two main proponents were talking about two entirely different things. One wanted everyone to be displaying perfectly laminated reminders and ‘cheat sheets’ for children on the wall entirely created by the teacher, the other wanted children to be filling the walls with messy post its of the children’s developing understandings. Both approaches have utility, but to use the same language to describe them is not helpful; they are hugely different strategies.

So, we need to define what we are talking about clearly so that conversations can be productive, but it is hugely time (and word) consuming to do so every time. That is why our conversations at ReThinkingICT became somewhat circular, because we did not have any clear definitions to fall back on. This is where attribution, another theme certainly present in the twitter back channel, comes in. I have been conducting research into the understandings my undergraduate students have about referencing and attribution. As part of this I have asked them what they think the purpose of attributing or referencing sources is, and their overwhelming reaction, I think, would be mirrored but many of the teaching profession. To most people attribution is about plagiarism; proving that you are not passing someone else’s work off as your own. Second to this is a sense that if you attribute sources you give weight to your argument; show that it was shared by the great and the good…

I don’t think either of those are the main reason for attribution.

When you read around a subject and you attribute ideas to the sources from which they came, you site your work within a field. In the world of Higher Education there are many terms used which could be as contentious as ‘Digital Literacy’ and ‘Computer Science’, however in HE and academia ‘Digital Literacy’ rarely stands alone; it is normally ‘Digital Literacy’ (Belshaw, 2012), or similar.

The purpose of this is twofold. For starters it simplifies those thorny issues of definition. If you want to know how I am conceptualising the term ‘Digital Literacy’, you can return to Doug Belshaw’s work (and you should). I don’t need to continually define what I mean by the term, and you don’t need to assume I mean the same thing as you do; you can check. Much to the amazement of my students, I often do this when reading their assignments.

The second result of this, and what I would argue is the most important, is that it sites the points I am making within a field (Zevenbergen, no date). This is not some lone idea I have come up with, it has been influenced by, and builds upon the thinking and work that others have done. I am acknowledging that this area has been looked at by others, and attempting to contribute to a wider understanding of it rather than starting from scratch.

Why I think this is important is that most school teachers start from scratch, every year, in almost every innovation they attempt (Hattie, 2008). It is not in the culture of teachers to see themselves as situated within a developing field, because on the whole they do not share and disseminate their practice, and therefore cannot build on the work of others. This is of course a generalisation, increasing numbers of teachers are making the time to share their practice, and feeding on that of others through various media, including online. However, without the discipline of attribution they are still ‘lone innovators’, sentenced to repeat the successes and failures of those that have gone before them without really building on them.

I see this at many TeachMeets which, whilst powerful conversion experiences for those unused to the culture of sharing, are often characterised by the repetition of ideas and tools which have already been shared, in such a way as they appear to be the original discovery of the person presenting them, even if they have been presented at previous events many times before.

And that is why attribution is not about credit, because actually these people have discovered these things for themselves. We all discover most of what we know and understand for ourselves, albeit with influence from others; that is the nature of learning (Vygotsky, 1976). The problem is, as a profession we often forget to define, attribute, and build a field within which we can place ourselves, and from which we can build and develop. I am sure different groups of people must have invented fire in many different places across the world for themselves. What was even more powerful was when they gave it to a group of people who didn’t, and these people took it the next step. Without situating ourselves within a field we run the risk of continually re inventing the wheel, patting ourselves on the back for it, and never actually moving forward. Couple this with the fact we often end up using the same words for different things and the water gets very muddy indeed…

Every day teachers in classrooms across the world are innovating and seeing success. Surely we should be combining these successes into a field to ensure that each one of them builds on the state of the art rather than just expending effort re-creating it. To do this we need to document it, and I honestly think we are getting better at this, but we also need to read that documentation, attribute, and consciously create a field of knowledge and understanding that we share. This has been one of the biggest changes in mindset for me in moving from Primary Education to Higher Education, and I think if done right it is a culture shift with profound impact.

The creation of a field is one of the hallmarks of a profession.

6 thoughts on “Definition, Attribution & ‘The Field’”