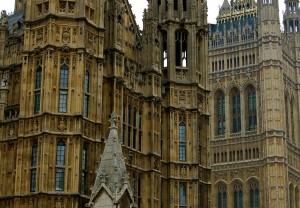 In school I never thought of myself as a writer, but writing seems to have become a big thing for me. I’ve been blogging for some time, but in the last year my writing has taken me on a strange journey from a school hall in the half term holidays to the Houses of Parliament, learning on the way.

In January 2011 I was sat at the Learning Without Frontiers conference with David Muir and Ewan McIntosh, listening to a keynote from Karen Cator from the US government. They where both tapping away at their laptops, as we all were, but I was slightly suprised when they both got out SLR cameras, started snapping and then immediately plugging them into their computer to upload the photos ‘live’. Both were blogging the talks as they happened, listening to the speakers, sourcing links on the themes covered and then producing a report which was published as the speaker stepped down from the stage.

I found returning to these blog posts really useful, and was keen to record the huge amount I was learning at the conference. However, once the talks where over for the day all I could manage was this rather croaky audio recording. Much was shared on twitter but it is so hard to archive, and more recently searching the twitter stream further back than a few days is practically impossible.

Weeks passed and during half term I went to a TeachMeet in a school hall in the small town of Lutterworth. Armed with a shiny new laptop I thought I would have a go at such live blogging, using a posterous account I had set up as an experiment. Coherently reporting on seven minute talks was a huge challenge, but it created an archive of the event which people seemed to find valuable, and I found myself returning to to continue to implement the ideas shared. In these days of live video streaming and YouTube archival of conference talks, it seems to me less people seem to want to write them up. However you cannot engage with a video in the same way as the written word. It can’t be scanned quickly, it often doesn’t convey the reactions and discussions of participants; it just isn’t the same as a write up.

I continued to blog at events I attended, from further TeachMeets to TEDxLondon, and it quickly became just something I did when I went to interesting events. Reporting talks in different contexts led to a huge learning curve. Do you try to record the whole thing? Focus on interesting quotes? Pick out on point or give a broad overview? What is the place of your own opinion and angles on this reportage? There are no answers to these questions, it is a case of refining your own style and developing your skills to achieve what you want to aim for.

Quite apart from creating a lasting record of my thoughts from the events, I also found it a very useful process of engaging with speakers and their material. When writing up something live your attention is so focused, searching for the key message, the crux of what they are saying. It also pushes you to do some digging, to find links to follow up on their work, and to put together a deeper picture of what they are presenting to you. I found that this process led me to engage more deeply with speakers, and through it learnt a lot about presenting myself.

Many of the best speakers are easy to live blog. They have a clear message, a clear narrative, and strong hooks into what they are talking about and where they are going. As I wrote up their talks I not only appreciated the style of accomplished speakers, but found myself gaining a greater understanding the elements of powerful presentations.

People had been taking notice for some time, but then it moved to another level and I started to get invitations to attend events so that I could blog about them. My involvement in Startup Weekend London Edu was as a direct result of this (although I ended up participating as well), and at other events people seemed to be keen to have me along to document and spread the word.

In a twist that felt somewhat surreal at the time I found myself being asked to the House of Lords, a far cry from the small (but welcoming) school hall in which I had started live blogging just 12 months earlier. It struck me just after I posted a piece on Education Secretary Michael Gove’s speech at the event that what began as an idea to try something out had somehow really led somewhere.

I saw someone doing something interesting, I had a go and it took me somewhere I would never have imagined. Now students where I work and my colleagues have decided this is a good thing, and started live blogging from wherever they feel there is something to share. I’ve always been one for picking big ideas or challenges and learning what is needed along the way, and I share this story in the hope it might inspire some others to have a go at something hard and see where it might take them.

1 thought on “Live blogging: From school hall to the House of Lords”