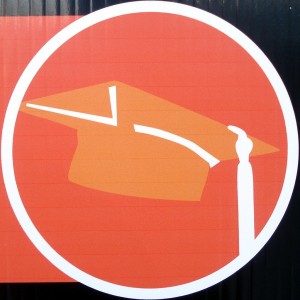 In the last few months we have been getting Plymouth University students connected. Some trailblazing students were there already, but through twitter, blogging, and even the TES resources website, the wider community of Primary Education students have been finding that sharing what they are doing online brings another dimension to their learning. Many of these students are first years at the start of their journey towards becoming a teacher. Consequently a number of them have reflected on why they have made the decision to spend years and drop £31,865 on entering this profession.

They got me thinking, why did I do it?

I come from a tradition of teachers. My grandfather was a passionate teacher of languages, the founding principle of Newman University College. My grandmother on the other side was one of the first married woman to become one of Her Majesty’s Inspectors of schools. My mother has spent her career working on early years education from Children’s Centres to FE, to national advisory work. These people spent their careers making a difference, yet the difference several of them tried to make on me was to stay away from teaching.

I toyed with the idea when I was choosing my A levels, but every teacher I knew seemed to be trying to persuade me to do something else. Memory clouds what the reasons I was given were, other than a vague sense that it was very hard work, even if you did get to make a difference.

The difference was, I didn’t do it to ‘make a difference‘, at least not at first.

My journey towards becoming a teachers really started in the summer after my second year at University when I applied for a job working at an ‘Explore Learning‘ centre, where children would go for extra tuition using computers. I knew I could do the computers bit, the working with children part terrified me. I remember thinking I had no idea how to talk to children, and doubted my ability to explain concepts in ways they would understand. The idea of being responsible for a group of unpredictable young children frankly scared me.

So why did I decide to spend my summer being scared? Not to make a difference, but for the challenge.

As the summer progressed, I found ways to talk to the children, ways to break things down so they would understand, and was to engage with them when they were being difficult and get them on side. I put myself in a challenging situation, and I learned.

I felt the same fear and doubt when I applied to do a PGCE, when I first stood up in front of a class as a trainee, and when I welcomed my first full time class to a new school year. I felt it when I first spoke at a TeachMeet, when I did my first invited talk for adults, and when I first met my tutor group at Plymouth University.

I guess I am not so motivated by a paternalistic idea that I want to make a difference to others, as much as I want to make a difference to myself; to learn and to be challenged. Maybe that is a selfish notion, but in doing so I have always hoped that I can be a useful model to inspire others who want to learn, and join them in their learning- together is how it works. After all, what hope to learners have if their teachers are not good models of learners themselves?

All of this could come across as very self centered, but it seems to me that the real challenge lies in developing our learning communities in ways that benefit everyone. I may have become a teacher for the challenge, but joining others and seeing others join me in that challenge has undoubtedly kept me there. As long as we can keep challenging each other and keep learning ourselves, then the difference is made.

1 thought on “Why I became a teacher; the challenge”