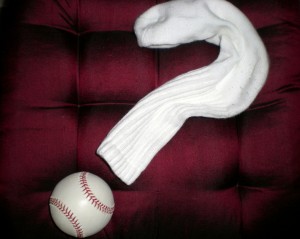 Confusion is often a word with negative connotations when it comes to schools. To say a lesson confuses learners is to imply it is unsuccessful and in communicating with children it is often clarity that we are aiming for, but could creating confusion have any benefit?

I was in a class today thinking about questions. The children were devising questions for an interview to feed into a factual documentary they were making about the discovery of the relic of the Tudor warship the Marie Rose. They were thinking carefully about how to make their questions elicit interesting answers. This got me thinking about my own questioning techniques, and what kinds of questions I would have asked them back to help them develop their questions.

When asked for examples, one boy said the question he would ask of those discovering the ship was ‘How did you feel about finding the Marie Rose?’. A great question for eliciting an interesting answer. What I would have asked the class next was, ‘Why was that a good question?’.

In itself this isn’t a great question, it’s ‘guess what’s in the teachers head’; I wanted them to eventually describe that it was interesting because it elicits an emotional response, which would help the viewers to empathise with the interviewee. What I would have asked them next would have been the key, although in itself it is a simple ‘Yes’ or ‘No’ question; ‘An emotional response… aren’t you meant to steer clear of opinions in a documentary?’.

Next comes the interesting part, because at that point they have been pushed into a place of confusion. Children are always taught that factual media should not contain opinions, yet opinions and feelings is exactly what made this a good question for a documentary. Two simple questions have now pushed them into a place of having to think hard to resolve those two conflicting thoughts, and hopefully deepen their understanding both of the genre of factual media, and the intention of their questions.

We are often very careful in classrooms not to cause children confusion, but a good dollop of confusion helps push your thinking forward as you try to resolve it. Confusion such as this causes a cognitive dissonance that we feel compelled to resolve, and in doing so understandings deepen and ideas shift. Maybe we should aim to confuse children more often.

2 thoughts on “Questioning for confusion”