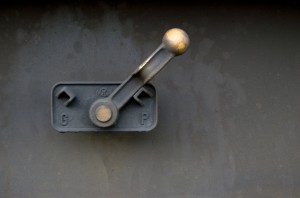 In the pressure cooker environment of the ‘Startup Weekend‘, if things weren’t going our way we were advised to ‘pivot’, to take the ideas we built up and seek a new direction we could take them in. With 54 hours to create a business, when we reached an impasse having invested significant resources and time in one idea this was the only way to go. Try to keep what we had built up, but flip it to a new trajectory. This strategy has caused me to reflect on pivotal moments in a wider context, how do they happen, and do we have any control of them?

As I think back to when I have seen such moments they largely seem to be some strange mixture of chance, and external factors putting people into the right place at the right time. I have seen such moments when I happened to start working at the Sheffield student radio station weeks before the whole management collapsed leaving myself and a friend the only people willing to take over, and when my willingness to help a friend fix a sound system I knew nothing about led to me getting a residency DJing at the biggest student night for Warwick University.

Sometimes pivotal moments seem to come from bring dropped into a situation which is normal to the people around you, but so different to you as to cause a significant shift in your own perceptions. A couple of week ago I witnessed this when we set up a stand at a showcase for projects at the University which was encouraging the approach of working with students as partners. We invited a range of students who have been involved in our blogging and twitter community to talk to visitors to the stand. Many of them had taken part in similar things before, but some had not. I am pretty used to being involved in events like this, so thought nothing of it, but for those students who were not seeing their peers confidently discussing the impact the whole thing has had on them obviously made a big impression. I almost saw the moment of realisation when they saw the power of confidently discussing with passers by and articulating their thinking about the theme of the stand. In a moment in this situation they jumped forward in their thinking and took advantage of it to make a big leap in their approach to what they had been doing already.

One of my most pivotal moments of recent years has to be the ‘Learning Without Frontiers‘ conference last January. Attending the conference felt like a big deal, but I had been to events before and I never expected it would change my thinking so fundamentally. On the Sunday night I presented some things I had been doing in my classroom at the TeachMeet, and the reception I got from the room of respected educational thinkers blew me away. This primed me to get totally stuck in to the conference, and as a result of the combination of the talks on disruption in education, the twitter contacts I met there, and the fact I was treated on the backchannel as someone with something relevant to say, I emerged from the event knowing that my direction lay somewhere outside of the class teacher job I was currently doing. That, and some of the people I met, led directly to the recent shift in my career.

However, my experience last weekend of being thrust into the world of business through ‘Startup Weekend’ was different. It was undoubtedly pivotal, it brought together the reading and experimentation I have been doing recently on design thinking and business focused creativity. It made me surprise myself that I could be a driving force in a team with a focus on commercial factors well outside my normal experience, and that I could change the mind of ‘hardened’ business people with my learning driven arguments. What made it different to the moments I have mentioned already is that I knew it would be so as soon as I saw the publicity for the event. I managed to be surprised and ‘pivot’ in my thinking even when I was fully expecting it to happen.

In a recent programme on Channel 4, Derren Brown showed that being ‘lucky’ is simply a case of recognising and being open to opportunities. He showed how someone could potentially become lucky by learning to open themselves to opportunities, and I wonder if the same could be the case for pivotal moments. Can one learn from such moments and ‘pivot’ them from chance happenings to opportunities that can be created? As with luck, is it a case of being open to them, or could it be more than that… With experience and learning, can you create your own pivotal moments and utilise them to ‘pivot’ your thinking in the same self aware way our businesses were advised to?