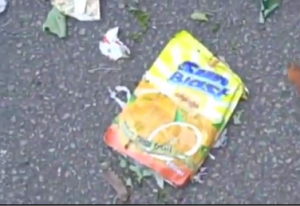 For the last two years I have worked on developing independent learning with Primary children. Many children’s’ projects have inspired me, but a couple of months ago something happened that really stood out as what this kind of learning should be about.

A small group of girls in my class had noticed that there was a large amount of litter building up in the area outside our classroom door. They asked me if they could spend their ‘Independence time’ one morning clearing it up. Whilst this certainly wash;t the most academic of tasks, I thought it was nice to see them taking a pride in their environment, and as it probably would’t take them long I agreed.

A couple of weeks, and a totally unrelated project, later and they came to me again to talk about litter. This time they were cross; they had spent some time, including a break time, clearing up the litter and they were proud of their work. The problem was, they told me, that their efforts had not stopped anyone from dropping the litter and it had continued to build up. Their solution? Make a video to make other children aware of the problem, as well as steps they could take to reduce the amount of litter in school.

They had found a problem; something relevant which they had a stake in. Not only that but they had thought through the cause of that problem, what they could do about it and made a plan to address it. They really needn’t have asked for my permission…

This also led to a blog post, a website, and a fair bit of discussion amongst our class, spreading the message to “Stop litter!”.

In his closing keynote at Building Learning Communities last month, Ewan McIntosh expressed that ‘project based learning’ can often result in students still being given ‘pseudo problems’ which have been posed by their teachers and lack relevance. What the world needs, he stated, is ‘problem finders’; people with the motivation and the drive to find the important problems that need to be solved.

I’ve found a few; are there any in your classroom? I wonder, how could we encourage them to show themselves?

Ewan is talking at TEDx London on 17th September about ‘The problem finders’. With his global experience of education innovation this will be a talk not to be missed…