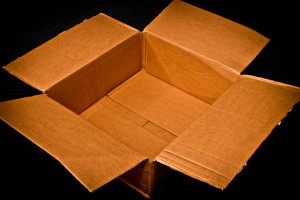 On Tuesday I spent a day in our Reception classes; expecting a big jump from the Year 4s I have been teaching for nearly two years. What struck me most was not the differences, but the similarities and I was left with a sense that whatever the age, in the right environment learners are just learners.

During the afternoon a girl came to proudly show me something she had made; a cardboard biscuit box she had stuck a piece of paper to and written her name on. I asked her what it was and she replied, “A box!”. Asking her what it was for, she immediately got really excited and replied:

“It could be for anything… I could start a collection of pretty things.. keep food… I know, I’m going on a minibeast hunt…”

A simple cardboard box, not even given deeper significance through make believe, yet the possibilities were constrained only by it’s size. Perhaps not, I am pretty sure that if she felt constrained she would have just found a bigger box…

Those of us in the business of learning are lucky to be able to help learners fill those boxes, let’s just make sure we are as open to the wealth of possibilities as this 5 year old is.

8 thoughts on “Filling the box”