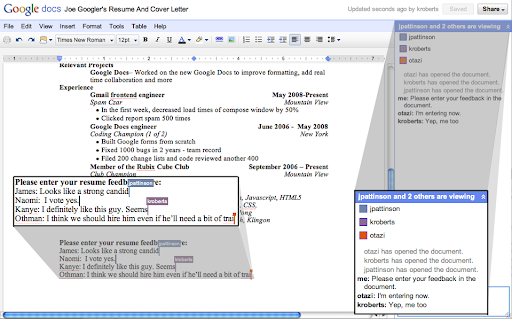 We currently have a strong focus on developing writing in our school, and I have been working for some time of developing the structure of my writing lessons to get the best out of the pupils in my class. On the advice of Zoe Case (@ZCase), a fellow NQT I have been trying to really up the pace of lessons where children are working on extended writing by introducing a very stop-start structure into them. As well as using success criteria devised by the chilldren with regular interruptions to check they have followed them and remind them to do so, I have also been setting short term challenges to write exciting sentences to share with the whole class mid writing. I have also been setting specific challenges, such as “In the next three minutes write a sentences describing using two senses”.

Whilst this has certainly been beneficial, and I have really noticed many children pushing their writing skills, I would really perfer to take a more personalised and fluid approach to this, and up the amount of meaningful engagement I actually have with the work they are producing rather than simply pulling them back on a predetermined track at regular intervals.

We have been using Google Docs on our netbooks since September, and I initially hoped that it would allow this kind of personalised interaction with the process of pupil’s writing. However, I have never quite managed to achieve what I had hoped on reading Tom Barratt’s writing on ‘live marking’. I always found the 5 or so minutes delay before updates to be a bit clunky. This was even more obvious when the children tried to use it to collaborate in real time- and our project to co-write a book on Ancient Egypt was  ditched as Docs seemed intent on overwriting large chunks work every time it updated (something I also found happened with Wikis).

Thankfully Google have recently announced a completely rewritten version of the Docs editor which appears to iron out many of the issues. For me, the big draw is the new collaboration features- including changes updating character by character as each collaborator types. This makes collaboration truly real time, as it allows you to see and react to what a child is writing immediately, as well as them reacting to any comments you make in the same way. It is not yet available as the default to Google Apps users,  but I used a work around (detailed below) to set it up across my whole class for our descriptive writing lesson this morning, and it worked like a dream.

The speed of updating really clinched it for me- it allows such seamless engagement with a huge range of  the work pupils are actually doing. Open a number of pieces of work in tabs of the web browser, and instead of stopping the whole class you can actually engage in the writing process of several pupils at once. Whilst you are waiting for one pupil to react to advice or questions you can be looking at the work of another and directing questions their way. Granted this is potentially possible with handwritten work, but it is so much less intrusive than leaning over their shoulder, or asking to read their book. In the confined space of my classroom it is difficult to quickly move through the room and truly keep tabs on what is being written. With multiple Docs open you can quickly scan through work as it is being written and, critically, to notice where you need to intervene at the point of learning, and where a child’s writing is best left uninterrupted. All this without interrupting their though processes and flow, that is unless you feel it is appropriate. I would still prefer this interaction happen verbally, but it can be useful to show children what you mean, and with the chat feature this could even happen if they were working in a different room (as often happens in years 5 and 6 at our school), or even from home.

Conversely it can also be leveraged to be more intrusive than working in books for those pupils who find concentration on tasks difficult. A number of such pupils in my class found it very motivating to be slightly unsure of whether I was checking up on what they were doing, and any comments I made on their focus were able to be directed on their work itself rather than the outward signs of a lack of productivity. In a more positive sense they found it really motivational to know I was actively monitoring what they were doing, and it seemed to provoke in them the feelings of writing for an audience in a way that I never usually see.

Such a system also allows for effortless assessment for learning, as a notable example for praise, modelling, or evaluation can be displayed on our class projector in literally seconds, with the child in question making live changes as the class reacts to it. I often use my visualiser to such ends during writing lessons, but this system removes all the faffing with children coming to the front, aligning their books and focusing the lens. As with much of what I have described, this could be achieved with more conventional tools, but the effortlessness of it just makes it so much more possible to create that stop-start, focused and challenging writing environment which I have been trying to achieve.

On the face of my, admittedly short, experience so far, the new Docs seems to be a triumph for personalisation and assessment for learning in writing. Granted, I have only scratched the surface of the new version, but I can see myself taking a big jump forward in personalising the learning of writing in my class now that I have access to this tool.

More info on the latest version of Docs (and a quick demo of the live updating collaboration) in this video:

New Docs in Apps for your domain work-around

This may be really obvious, but I thought some people might not have thought of it so was worth sharing. You can’t yet enable the new docs editor across all accounts on your domain. However, any document created in the new editor stays there even when you share it, so you can push out copies of a doc in the new editor as follows:

“visit the Editing tab in the Google docs list settings. Check the box next to “New version of Google documents,” and all new and uploaded documents will be created in the new editor.”

2. Create a new Document, you can either keep it blank or put in some info about the task you want children to do.

3. Share this document with your class (I do this by copying the link and using twitter). I always share things with them as ‘View only’, and have trained them to ‘Make a Copy’ for themselves and then share it back with me. This allows me to send them template documents without them being able to mess up the template.

Hopefully it will become easy to enable the new Docs editor across our domains very soon and this will become unnecessary.

7 thoughts on “Personalising writing lessons with the new Google Docs”